Likee, the Biggest Rival of TikTok, Partners with Believe Digital Bringing a Library of Millions of Songs to Users

SINGAPORE--(뉴스와이어) 2020년 07월 24일 -- Users of Likee - the wildly popular short video app - have even more to sing and dance with thanks to its announcement today of a partnership with Believe Digital - one of the largest music service providers in the world. Inked on June 28th, the new cooperation will give app users access to a library of millions of songs.

Developed by BIGO Technology and released in 2017, Likee is a leading Singapore-based global platform for viewing and creating short-form mobile videos. It offers cutting-edge video shooting and editing tools, with more than 2,000 special effects available. It also encourages connection and conversation among users by gamifying viewing and interactions.

Recognized in January 2020 by Sensor Tower as one of the most popular apps in the world - ranking as the fourth most downloaded social media app, Likee has taken its market segment by storm over the past years, giving rival, TikTok, a run for its money as monthly active users have soared to 131 million in Q1 2020, representing a 121.9 percent year-over-year increase.

For its part, Believe Digital is a global leading independent music company, operating in 44 countries to date, and owns more than 20 of the world's top music labels. The partnership will encompass Likee’s core markets, such as the United States, United Kingdom, Russia and the CIS, Indonesia, Middle East, North Africa and Egypt.

For major short video platforms like TikTok and Likee, globalization is always achieved through localization. The newly announced partnership is identified as a strategic move of both parties towards a win-win situation by offering local customers global content and vice versa.

“We are very excited to partner with Believe Digital. Likee is dedicated to its mission of ‘Let You Shine’. I believe a more diverse music library will help further unleash the fullest potential of users’ creativity,” said Vice President, BIGO Technology. “As short video content continues to grow in popularity around the globe, we are proud to take the lead in developing a platform that not only entertains users but also brings influencers, brands, and organizations together as an evolving business ecosystem.” 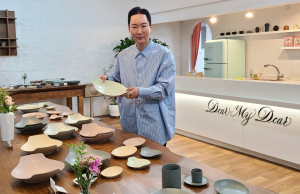